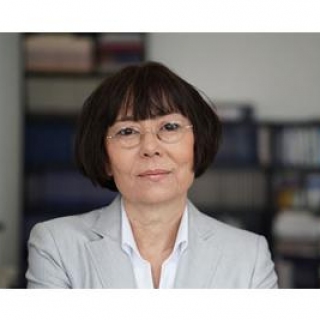 She was Director of Social Policy Studies at the Centre for Liberal-Democratic Studies in Belgrade between 2005 and 2008, and has been employed at the Faculty of Economics, Finance and Administration since 2008. She was Advisor to the President of the Republic of Serbia from mid-2007 to 2012. As Minister of Labour, Veteran and Social Affairs in the transitional government (October 2000 - January 2001) and as Minister of Social Affairs in the first democratically elected government of the Republic of Serbia (January 2001- March 2004) she had started the reform of the pension and social protection system.  She worked as a researcher and director of international projects at the Economics Institute in Belgrade from 1984 to 2000. Her fields of professional interest include demographics, social policy, the labour market and human development.

She is the author and co-author of a number of articles and books: Demographic Factors and Labor Force Supply (1994), Decentralization of Social Protection in Serbia (2006), Challenges of Introducing a Mandatory Private Pension System in Serbia (2009), Social Protection in Old Age: Long-Term Care and Social Pensions (2014). She was awarded the Konstanin Obradović prize (2004) and the Women in Business and Government prize by Erste Bank and the European Bank for Reconstruction and Development (2005).